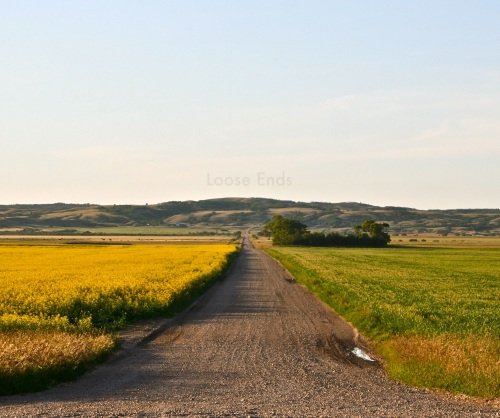 In January 2009 I started writing poems. Usually several in a month, written about the man peeing in the alleyway, the sense of hopelessness that comes with reading a lot of angst filled books of the early 1900’s, the path I walked to work, etc. The first few I wrote were fairly pathetic, heavily influenced by the new Propagandhi album, and were intended to be songs for when I finally found a punk band to join. After writing a few of these, I actually realized that my proposed songs were poems, and that I was enjoying the entire process of writing and not editing as much as they needed to be, so I decided to continue writing them as much as I could.

A year and a half later I had compiled a small number of things of my own that I enjoyed reading, things that took less than five minutes to read, things that I slapped together and made a poetry book with. Loose Ends, is what I called it, and loose ends is all they are. I tried for hours to make a photo book of all my favourite pictures from my previous world trips, but couldn’t do it, so this is my more recent compilation, my own scrapbook. It is my physical photo proof of where I’ve been and what I was thinking.

For the admittedly steep price of $29.99 (less than a dollar a page, but not by much) you can own a copy for yourself. Fancy paper, printing costs and a solid 80cent profit will do that to the price tag. Click on the photo above, or the link for a short preview of what it may look like when you get it. I only realized until after that you must have an account at the Lulu website to order a copy, which is a complete scam, so if you really want a copy you can make your own account, or email me and we can figure something out (olson_nicholas(@)yahoo.ca)

My real book is still in the processes of becoming a reality. This is a shorter, more visual, less edited, less professional preface. I finally did something with my time.

Disclaimer: This book is not suitable for children between the ages of 8-15, under the age of eight is fine, because they don’t understand most things anyways. Nor is this book suitable for adults sensitive to real thoughts, dirty hockey quotes and the occasional swear. But there are less than 10 swears, I promise.