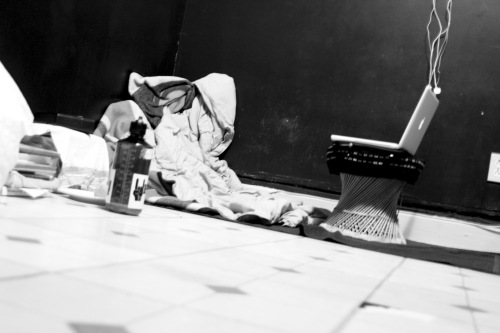 It is ten years to the day that I started writing Balls of Rice.

If you read from the painfully embarassing first post, to the lost and meandering most recent post, you’d see how I went from proud flag-loving Canadian to dissident anarchist-in-training. You can see a public journal of mental health. Ten years later I still don’t know why I write, still don’t know what I’m doing with my life, still eating peanut butter and banana sandwiches for supper. All I know is that Balls of Rice has both saved my life and ruined it.

Naturally, the only posts worth reading were written in the last four years. The six years before that was trial and error, with more error than anything. These days there is less trial and about the same amount of error. The list below is not a list of the best writings, because reading over every single post could only end in crushing depression. But these ones are alright, I think.

Thanks to whoever has read this in the past decade for the encouragement. If it weren’t for you, I’d probably be a successful engineer by now. Instead I’m a squatter in the back of a pizzeria.

Thanks for still reading, mom and dad. Oh you stopped reading it in 2012?