“A story has got to have a beginning, a middle, and an end,” James told me over the phone from his care home in his small city in Arkansas. “That’s it. I don’t care if it’s a song, a novel, or just a story you’re telling your friend.” He coached me even though we’d essentially known each other for three minutes.

I met James E. Harper (a.k.a. Poet) nearly four years ago with a friend in downtown San Francisco. James was introducing himself to people on the street, selling his book of poems, three or four roughly photocopied pieces of gold-coloured paper, so he could afford to grab a meal or some hygiene products for his wife. He mentioned that more of his work was available if you searched his name on the internet. In doing so, I couldn’t find any writings, so I transcribed what he sold me and posted it here. He deserves credit for his work. His poems are powerful and real. Read them.

As simple as it sounds, this is the writing advice I’ve needed for months, years perhaps. James’ advice, to simplify and be natural, speaks to why I find his writing to be worth noting. Honesty. No bullshit. I spend hours at the Bernal Heights Library, staring into the eyes of Antonio Banderas encouraging me to read, while I try to sort out the several dozen metaphors I have choking every story. When really, all the story needs is a beginning, middle, and end. I am mid-read of Crash Landing on Iduna by Arthur Tofte, a sci-fi paperback I found in a Wyoming truckstop for $2.99 with incredible cover art. In contrast to my overcomplicated way of thinking, it is the perfect example of oversimplified writing. Now to find the middle.

Comments have been posted regularly to James’ poems on Balls of Rice over the past three years by people who also stopped to chat with James and searched his name upon arriving home. A comment arrived in February stating that James now lived in a care home, and included a contact number.

“When you write something, you want to strike the chord. There’s a tuning fork in all of us, and you want it to feel like you’ve hit that,” he said. “If you haven’t lived it, you can’t write it.”

I told him that I am a writer and that I was in San Francisco to finish a few stories, which were giving me some trouble. “It sounds like you are forcing it. You heard of that song, If It Don’t Fit, Don’t Force It? Well, that’s just it.”

I hadn’t heard of the song. Now it is in my head when I need it most.

Just waiting to hear the end of the story.

I’m givin’ up, I’m leavin’
Yes, I’m ready to be free
The thrill is gone, I’m movin on
‘Cause you’ve stopped pleasin’ me

-Kellee Patterson, Turn On The Lights/Be Happy, If It Don’t Fit, Don’t Force It

I just finished peanut butter on toast and am drinking a can of Pilsner. I can’t say that I’m glad to be home.

Every kilometre closer to home I got, the worse the food was. I left the San Francisco apartment at 9am, unable to find a Mexican restaurant that was open, so instead I got a pretty decent deli sandwich and the hangover-fighting goodness of a coconut water. I bought three apples at the Farmer’s Market, an It’s It at the tobacco store. Upon arriving in Denver, slightly nauseous and reeling, I ordered a 12″ cheese pizza from Dominos. It was delivered to me undercooked; I ate the whole pizza. The apples were tough like biting into cowhide, and void of flavour like sucking on a brick of styrofoam. And now I am home, sipping overpriced, mediocre beer (I fully support taxing alcohol and tobacco in order to never have to learn the difference between Medicare and Medicaid, something no one could explain to me whilst in the USA), and eating dumpstered bread.

Cover me in tacos and call me Delicious Susan.

Still my stomach is sour and flinching from the vacation-titled reward of beer breakfasts and taco-dominated diet. But I will persevere.

With the exception of my 5-day food-and-beer bender, the times I have eaten the best, most balanced, full meals in the past seventeen days were the times that I went grocery shopping in the dumpster. Or to mom’s house. The quality of the food differs greatly between the two, however the quantities and personal cost differ in no way. Limitless and free. I’ve been meaning to tell my mother this. That I once cooked her a meal with my girlfriend in Montreal that was composed largely of dumpster food items. Free, shared, washed, dumpster foods. For a while she had a photograph of me on the fridge, rooting around in the dumpster. Dad took the photo while they were in Montreal. It was staged, they didn’t find me like that.

I haven’t purchased a vegetable in the last three months. Unlike my roommates, this doesn’t mean that I haven’t eaten a vegetable in the last three months. I have grown them myself. And though it looks like I’m wasting away, I am doing so in as healthy and cheap a way as possible. But through spending time with those that eat properly, and being suggested TED Talks about Mitochondria, it becomes evident that my eating is for survival, very rarely for enjoyment until I binge in a city with forty taco spots in a ten block radius, and just scrapes the surface of health. These friends, and this video, bring up the argument that food is likely the most important thing you spend your money on, and it directly affects your future, and that of the environment. But I’d rather put my nuts in the microwave and eat canned refried beans. I don’t have time otherwise. I’ve got movies to watch, screens to worship.

One of the greats was in town just before I left, a friend with whom I always end up talking at length about food. I delivered dahl to her at the shittiest bar on earth, and she recently returned the favour recently with cookies, cheesecakes, and more. She suggested that people get offended when they are called out on their bad food habits, likely because it is something that, as supposedly responsible adults, they should know how to do properly. They should know the difference between a bag of microwave burritos, and a homegrown burrito, and when they notice their foolishness and their laziness, it is not as easy to swallow as a bite of a cheesy, warm, mushy microwave Mexican-food.

I will likely continue to waste away, each week my pants droop further so that my shoelace belt will eventually wrap my waist twice. But it will be done in great health, with nothing purchased or found gone to waste. I will undoubtedly continue to live and eat frugally, so that I can save up and make up for my inadequate diet while I am partying in cities cooler than my own. Or maybe I will eat better, finally fill out my Medium-sized t-shirts and it will force you to ask the question that my father asked me a few weeks ago at the University lecture: “Have you ever seen an obese environmentalist?”

Union Square, San Francisco is characterized by elegantly well-lit buildings topped with brightly coloured advertisements that tower over the large concrete plaza below. Last night, while taking in the wet ocean air that was breathing through Union Square, a friend and I met a man named James E. Harper who was selling a small book of photocopied poems that he had written. He sold his book of poems, which he described as more like songs, that he had written about his experiences at war in Vietnam. He sold the photocopy for five dollars so that he and his wife could survive in the alleyway they lived in nearby. With the large monument lit up behind him, he humbly told us that if we google his name (he was certain to tell us that his name was James E. Harper, and not James F. Harper as it said on the copy of his booklet, likely caused by repeated photocopying) and the title of his collection, that we would find more of his works online. After a search on Google, I was not able to find any of his complete works posted online, only a small forum of other people’s interactions with him through another blog. Not everyone has the luxury of a free website to post their words, so I figured I could at least give him that. I tried to keep his poems as true as I could to the copy I was given, with emphasis, capitalization, punctuation and phrasing, but where the photocopy was difficult to read, I used my best judgement.
Here are the three poems that I received.

Vietnam, Is My Test-A-Ment
by James E. Harper

I was taken from home
And trained to kill
Another human being
Against my will
He fought real hard
To protect himself, and his land,
But I had no choice but to survive
And now I live with blood on my hands.
“Vietnam, is my test-a-ment”

I always had to be aware of where
I’d place my next step
Or I could find myself down
In panic, screaming, Medic Help!!!
A lot of good and brave young boys
Are now dead, and gone, Please someone
Tell me why, because we made it back
To America, but not back home.
“Vietnam, is my test-a-ment”

We were always smoking weed
And staying high
Because it helped our young minds
to get by.
Yes Vietnam is my test-a-ment for the
Way I live my life, so for all the fellows
That didn’t make it, I have no further
Respect for the Stars / and Stripes. Because
“Vietnam, is my test-a-ment”

If I was the President
I’d give everybody a ride on Air Force One,
I’d let you see all parts of the world
We’d have a whole lot of fun

If I was the President
All of the little children
Would have a home, and plenty of food to eat,
Plus, everybody would say hello – and how are you
To everyone they meet.

If I was the President
They would elect me on Friday,
Assasinate me on a Saturday,
Bury me on a Sunday,
And everyone would take their asses
back to work on Monday.

If I
Was the President

Look into my eyes
And see what life has made of me,
And see that my soul is not bound, but free

“Look into my eyes”
To know that my seed have not been fruitful
And see that my spirit is not that of untruthfulness
And realize that the hurt, and pain that my heart
Has been subjected to.

“Look into my eyes”
And for a moment know all the passionate things
I want to do to you,
Or to know the love I have to give, But no one
Yet has been worthy

Look into my eyes
To know that many of my thoughts have not
Been pure, but dirty
Or to see the old man wishing for
Much younger days.

Look into my eyes – Feel free my friend go ahead
Dare to gaze
Into my eyes. 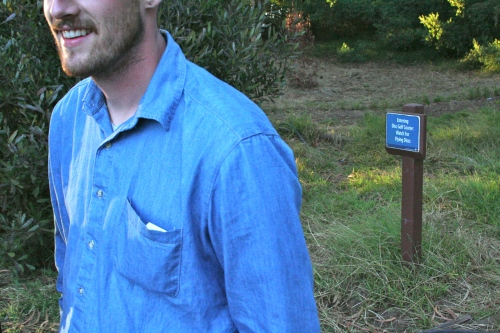 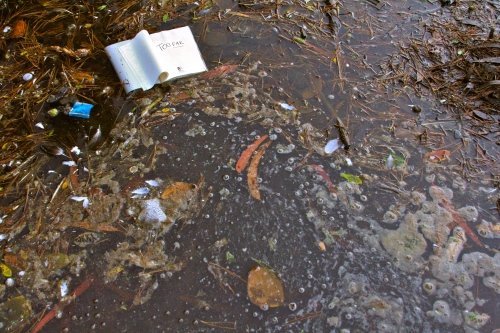 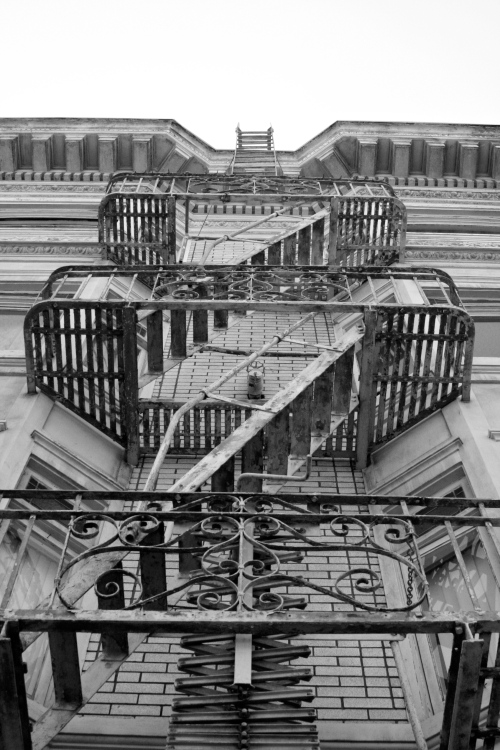