Summer of the Drunk Bike Crash: A Physics Lesson 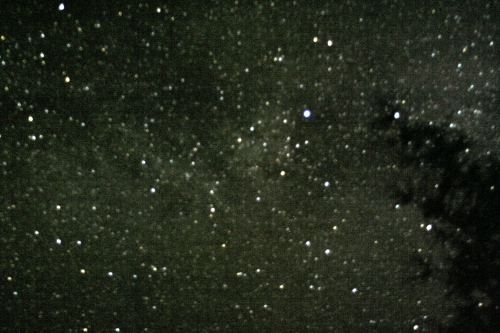 In a group of ten cyclists at 2am, third from the front, he hit a back tire. The first rider swerved and cut off the second rider who cut off the third, who flipped over his handlebars in a mess of birthday terror in front of the ice cream shop. He bled from his face, his teeth seemed intact.

After riding a block sitting on the curved handlebars in moments of pure dumb pleasure, he landed on his face and didn’t get up. Brothers have been killing their own brothers since Cain and Abel, sometimes accidentally. On a normal day, killing a brother would have just been a bad day. But on the day when I learned of his forthcoming marriage, killing my brother would have been a manslaughter of biblical proportions. After I knew he was alive and taken care-of I rode home with a helmet on and compared my upcoming and pathetic life to his upcoming and exciting one.

In these experiments with physics I learnt about absolutes. The first crash taught me that particles do not have a well-defined position and velocity, rather a quantum state, which is combination of positions and velocities as defined within the limits of the uncertainty principle.* As I swerved from left to right I proved this correct in that my bicycle and myself had no well-defined position, and because of such, a handsome actor nearly lost his face. There is no absolute space, there is no absolute position. In the second crash I learnt about personal absolutes. I compared his life to mine, contemplating which was the right path.

From day to day I can’t decide if I think that I am God’s gift to the world—intelligence, wisdom, tact, social-graces—or if I am Satan’s shit-stained underwear. I can’t decide if my lifestyle of frugality and abstinence is effective or internal. For some reason I can’t conceptualize myself in any other way than the absolute best or the absolute worst. I battle between a hunger for knowledge and a hunger for rest and in doing so I watch episodes of inane teen dramas from my highschool days in between enjoying chapters about quantum mechanics in Stephen Hawking’s A Briefer History of Time, the simpler version of the science classic, still too complicated for me.

I can’t decide if quitting my job was the worst decision of my life, or the best.

As if I were at my first day of second grade, sitting in a circle on a forest-green area rug stating my favourite colour, food, and subject, I instinctively feel as though there is a best and worst for everything. This summer I caught myself looking out upon the prairies, sitting atop the hill at Buffalo Effigy, the warm wind pelting my face with the view of thousands of miles ahead, the green gullies and yellow hills, and I internally stated that I thought I liked the fields better than the mountains. As though in the universe there were a clear winner as to absolute beauty, or as though my personal preference mattered even the weight of a quark fart. I caught myself creating absolutes for things that didn’t matter and have ever since been attempting to stop from deciding favourites. Having favourites—the best dessert or band or sports team or brand of shoes, is a childish form of having absolutes, and according my new favourite book, science doesn’t seem to have many of these. Such absolutes are the cause of conflict as minor as neighbourly squabbles and as horrendous as genocide.

My mind has always stated the situation as being The Right Way To Live versus The Wrong Way To Live, and leaves out the third option, which is simply, and most importantly, just fucking living. I possibly have been conditioned to draw this binary because of early ties with an absolute God, (which is likely, because every single thing I write is either a secular sermon or a parable or both). But certainly there is no absolute. There is no right or wrong, black or white, good or bad. There is no God’s gift to the world and no Satan’s shit-stained underwear. There is no worst decision of my life, and no best. There are simply decisions, and there is simply the process of living, and the process of creating absolutes for such things destroys science, and destroys humanity.

I have generally given every other person the free pass of just living, but I have yet to do so for myself. Maybe today is the day. Now to decide if that is the right decision or not.

…a star that was sufficiently massive and compact would have such a strong gravitational field that light could not escape: any light emitted from the surface of the star would be dragged back by the star’s gravitational attraction before it could get very far. Such objects are what we now call black holes. (Stephen Hawking, A Briefer History of Time, Chapter 8, p77)

…a person that was sufficiently delusional and introverted would have such a strong introspective field that positivity could not escape: any positivity emitted from the person would be dragged back by the person’s bloated or deflated sense of self-worth before it could get very far. Such people are what we now call people. (Nicholas Olson, This Moment of Time, Chapter Sept8, p2014)